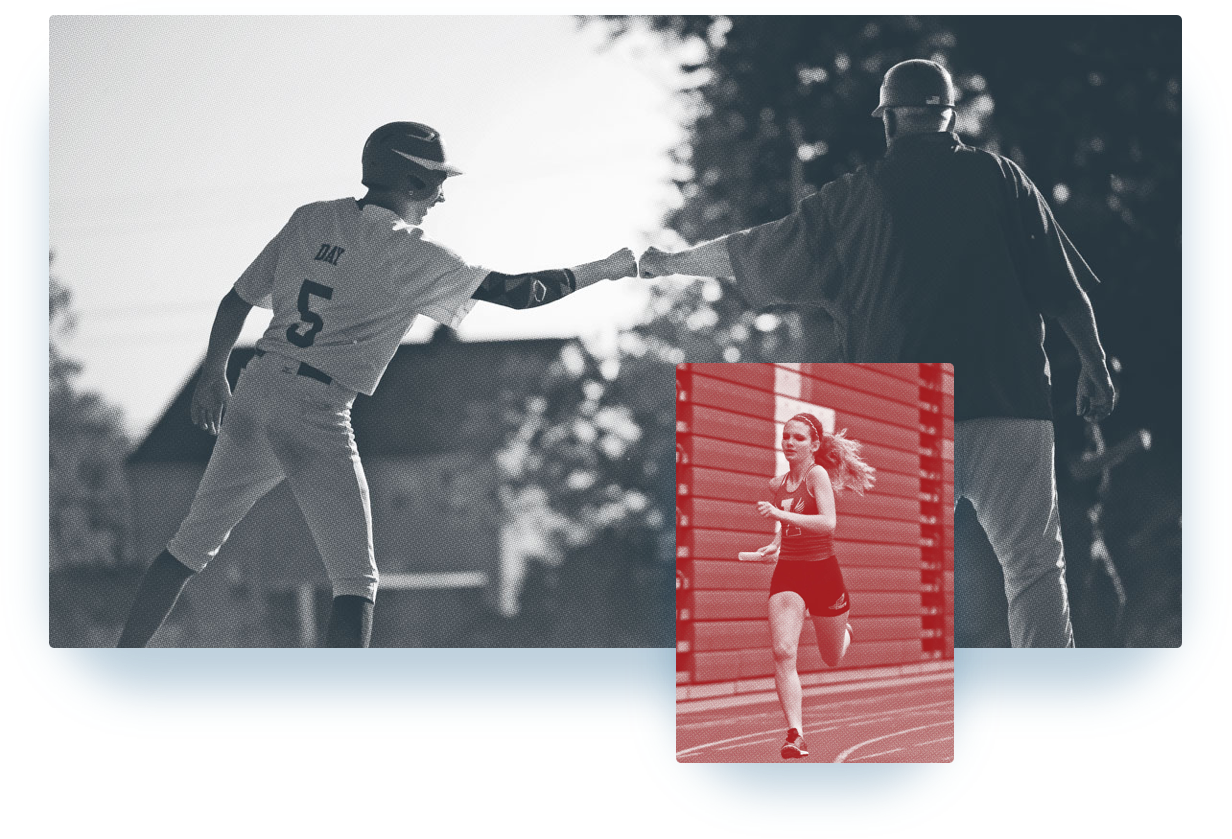 The Healthy Sport Index aggregated the best available data on the benefits and risks of participating in the 10 most popular high school sports for boys and girls. Gaps were filled with the development of original data, and the judgment of medical experts and academic leaders. The results shed new light on the relative characteristics of each sport, and much more.

Below are 10 key findings from the Healthy Sport Index:

A majority of boys sports had higher energy expenditure rates than girls at North Carolina high school practices, according to new research from North Carolina State University commissioned by the Aspen Institute. Observations were conducted at 605 varsity sports practices, amounting to 2,420 total athletes being observed with 125,286 recorded individual observations.

Standard metabolic equivalents (METs) were calculated by multiplying each observed athletes’ physical activity level with an assigned energy expenditure value: 1.5 for every sedentary athlete, 3.0 for every moderate athlete, and 6.0 for every vigorous athlete. The higher the score, the more vigorous activity existed.

Track and field had a major gap by gender – 60 percent of boys were observed practicing vigorously, compared to 31 percent of girls. This is likely due to how much more time girls track and field athletes spent in what’s called “management,” meaning activities not intended to be part of the content at practice, such as the transition between drills, break times, team selection, changing equipment, getting a drink of water, and telling jokes. Girls track and field athletes spent 30 percent of their practices in management, compared to 9 percent for boys.

Boys swimmers spent the most time on their sport

The grind of swimming was evident in a survey by the Aspen Institute, analyzed by the University of Texas, which found boys high school swimmers on average spend about 10 months per year swimming. Girls swimmers averaged just seven months. These responses were based on athletes who described swimming as their primary sport. The survey was taken by 1,290 high school athletes as part of the Healthy Sport Index’s look at psychosocial benefits for each sport.

High school athletes who primarily played boys and girls soccer, baseball, softball and boys basketball started specializing in their primary sport earlier than other Healthy Sport Index sports, according to the Aspen Institute psychosocial survey, analyzed by the University of Texas. The study did not show a relationship between early specialization and psychosocial health. Girls on average waited about two more years to start specializing in basketball than boys. Many studies show early specialization can lead to overuse injuries and burnout.

The Aspen Institute recognizes the documented benefits of sport sampling and encouraging youth to engage in at least one other activity during the year for the sake of overall health and fitness and athletic development in their primary sport. Experts were consulted to provide companion sport recommendations for each of the Healthy Sport Index sports. Boys or girls basketball appeared seven times as the No. 1 recommended sport for skills.

National sport organizations and individual athletes made the recommendations for skill development. They are each identified below under Skills Recommender.

NBA legend Kobe Bryant rated soccer as the best companion sport for both boys and girls basketball players to develop their hoops skills. Soccer requires great footwork, the ability to read the game, and the need to play in spaces – all of which are characteristics of basketball, Bryant told the Aspen Institute. Bryant also recommended baseball and tennis for boys basketball players, and volleyball and softball for girls.

Olympic track and field legend Jackie Joyner-Kersee chose cross country as the top companion sport for track and field. When selecting other companion sports, Joyner-Kersee highly emphasized activities that involve throwing and jumping skills. XFL Commissioner Oliver Luck, a former NFL quarterback and father of the Indianapolis Colts’ Andrew Luck, picked basketball as the No. 1 companion sport for football. Luck cited the similarities in playing defense, boxing out and movement toward the ball.

Data collected by the Women’s Sports Foundation showed that high school male and female students who participate in sports scored healthier on all six psychological health categories – self-esteem, fatalism, self-efficacy, loneliness, self-derogation, and social support – than the general student body. The scores were even healthier for high school seniors who participated in two or more sports. Multisport athletes were also less likely to smoke cigarettes, less likely to cut class, and more likely to receive grades of A or A- in school and to expect to graduate from a four-year college. However, they were also more likely to engage in marijuana use and binge drinking.

The data came from 12,000 high school seniors between 2010 and 2015 through the Monitoring the Future Study, which examines the behaviors, attitudes and values of American secondary school students, college students, and young adults.

Risky cultures around certain sports appeared to show up in data compiled for the Women’s Sports Foundation’s 2018 report, Teen Sport in America: Why Participation Matters. Fifty-two percent of high school boys lacrosse players reported binge drinking in the past two weeks; girls lacrosse stood at 32 percent. Wrestling (35 percent) and football (32 percent) had a high drinking volume, too. Boys lacrosse, wrestling and football also had the highest percentage of smokers and marijuana users. And those sports fared among the worst for cutting class, having an average grade of an A or A-, and expecting to graduate from a four-year college.

On a separate psychological health report card compiled by the Women’s Sports Foundation through survey results, basketball rated the highest for both boys and girls. Boys soccer was also tied at No. 1 with boys basketball. Football was rated fourth among boys sports.

Athletes in running sports moved the most at practices

Not surprisingly, high school athletes in boys cross country, boys track and field, and girls cross country had the highest energy expenditure rates, according to research by North Carolina State University. The lowest: baseball, softball and competitive cheerleading. Cheerleaders in North Carolina were lying down, sitting or standing 72 percent of the time at practices, and baseball players were sedentary 57 percent of the time. Boys track and field athletes (13 percent sedentary) and boys cross country runners (14 percent sedentary) were almost always moving.

Practice time spent focusing on game play – meaning applying game skills in a competitive setting, such as scrimmages, without major intervention from the coach – were associated with higher levels of physical activity. Research by North Carolina State University showed the sports associated with the highest amount of game play were boys and girls soccer, boys and girls tennis, softball, boys cross country and boys basketball. The study did not track injuries sustained at practices.

Sports that devoted more time to fitness and skill practice were also associated with higher levels of physical activity. Sports with the largest amount of practices devoted to fitness – activities for the major purpose of cardiovascular endurance, strength or flexibility – were cross country, swimming and track and field for both genders. Football, volleyball and wrestling spent the most time on skill practice, meaning repeated activities targeting a specific skill.

Football rated high for psychosocial benefits and low for safety

Out of the 10 most popular high school boys sports evaluated by the Healthy Sport Index, football finished first in a psychosocial survey by the Aspen Institute and analyzed by the University of Texas. The survey measured Positive Youth Development of 1,290 high school athletes – mostly in North Carolina and Michigan. The questions focused on personal and social skills, cognitive skills, goal setting skills, initiative skills, health skills and negative experiences. Football’s overall psychosocial score in the Healthy Sport Index dropped to second due to lower-rated data in substance abuse and academic achievement from research by the Women’s Sports Foundation.

This suggests that football, a large-roster sport that draws from a lower socio-economic demographic than most sports and often sits at the center of high school culture, still provides a social context that is highly important for some athletes. Football rated 10th in safety based on injury data.

In the Aspen/Texas psychosocial survey, team sports fared better than individual sports such as tennis, track and field, and cross country, which ranked near the bottom for both genders. There seems to be evidence that more traditional team sports may be structured – or, at least, interpreted by the participants – in a manner that produces more concrete experiences associated with well-being.

There was not a major gap between the No. 1 and No. 10 sports – an 8-percent difference for boys and a 10-percent difference for girls. Still, the results reflect the perceived value of football for some youth, even as the sport encounters scrutiny over concussions and the risk of long-term brain injuries due to repetitive hits to the head.

Girls sustained a higher rate of injuries than boys

This is not a new revelation – it’s commonly found in research – but still worth noting. The Healthy Sport Index evaluated eight sports with comparable boys and girls sports; girls had higher injury rates in six of those sports. Only tennis and lacrosse had higher injury rates by boys. In soccer, girls were two times more likely to have a reported concussion than boys.

In 2017, researchers at the University of North Carolina found a 59-percent increase in ACL injuries among girls ages 13-17 over a 13-year period, citing a lack of neuromuscular strength training. The incidence of ACL tears in female athletes has been found to be 2 to 10 times higher than in male counterparts.

Not surprisingly, football had the highest rate of injuries in either gender. The data showed high school football players were almost two times more likely to be injured than the next closest boys sport, lacrosse. Swimming sustained the fewest injuries for both boys and girls.

Read more about the safety findings

The commonly-held belief that it’s best to avoid specializing year-round in a particular sport received a twist in the Aspen Institute psychosocial survey, analyzed by the University of Texas. High school athletes who played their primary sport 10 to 12 months per year scored significantly higher in the six psychosocial categories (five positive measures and one negative) than athletes who focused on their primary sport less. Questions about negative experiences dealt with injuries causing missed class time; adult leaders who may be intimidating, manipulative or disparaging, or encouraged the athlete to do something morally wrong; teammates who may have gotten an athlete to use drugs or alcohol; and different treatment based on gender, race, ethnicity, disability or sexual orientation. Answers to questions were scored 1 to 4, with 4 being the highest.

The study did not take into account the potential physical toll of playing one sport most of the year. Research shows injuries and burnout can occur due to overuse. Still, the Aspen survey findings suggest that any high schooler who plays one sport almost all year heavily identifies with the sport, and likely connects implicitly with the idea of the efficacy and benefits of that sport. Playing a year-round sport provides more opportunities to have the kinds of experiences associated with a sport as documented in the survey – both positive and negative.

Ultimately, these surprising findings may underscore the central tenant of the Healthy Sport Index: Different sports offer different benefits and, in some cases, different risks. The key is in delivery to maximize the former and minimize the latter.

Sports can transform lives. But playing different sports offers different benefits and risks. The best data were aggregated, and top experts consulted, to produce the first-ever tool that assesses the relative benefits and risks of participating in the most popular sports for adolescents.